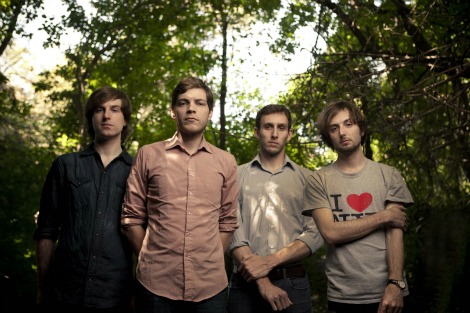 Here’s me hoping that all the songs off Two Hours Traffic‘s Siren Spell EP (out Sept. 11th) sound like “Amour Than Amis” (listen below).  The Charlottetown, PEI band will follow that EP with a full-length in early 2013, which was produced by Darryl Neudorf (Neko Case, the Sadies, the New Pornographers).  Expect a reinvention of this band as teamed with their new producer, they’ve moulded their hook-heavy pop sound into a more Motown- inspired direction, with acoustic guitars scaled back in favour of electric instruments and full-bodied rhythms.   Very interested.