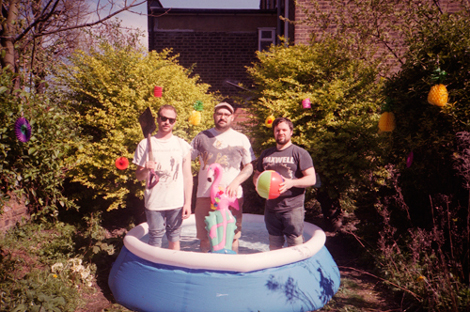 East London band Fair Ohs are giving you their first single off their album Everything Is Dancing out July 26th (via Lefse).  The album is influenced by West African funk, k60’s Psycheldic Rock, Eritrean Guayla music and a whole heap of Fleetwood Mac.  Sounds perfect.

Here’s Baldesarri, a track which really reminds me of Jonquil’s “Get Up”.