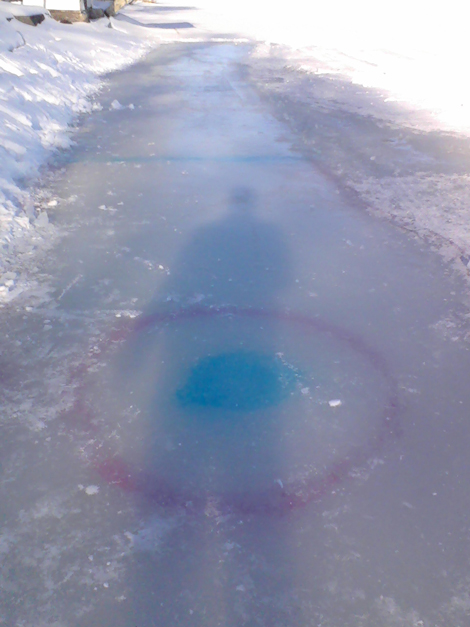 A little behind on posting here. Last week, I went out of town to Sudbury for a Music and Film In Motion panel last Thursday. While making my trip back on Friday morning, by flight was cancelled because of a snow storm. Air Canada remedied this by sending me and three others in a cab, 1 hours drive to North Bay to catch a flight there. It turned a morning of travel to a day of chaos, but I was glad to make it home in one piece. I spent the rest of the weekend celebrating a great friends last weeks of bachelorhood; via snow tubing and lake curling (homemade rink above) up north. It was a great weekend, just couldn’t pick up the computer though.

Here’s a couple of things I’m catching up on:

–Future Sounds has a great video of Netherfriends performing in an attic, for a Chicago-based video series called Giant System.

-Nada from Friends With Both Arms (who we recently started our East Vs West Feature with) posted a video of a band called The Shivers covering Cameron Hull’s “I Wish So Bad”, via the Voice Project.

–The Recommender have put Alex Clare on my radar.

–Banjo or Freakout has premiered a new track on The Fader, check out “Go Ahead“.

-Montreal’s Young Galaxy have begun to reschedule their tour, now with Winter Gloves, after the band had to cancel dates from their co-headlining tour with You Say Party. YSP singer Becky Ninkovic was battling bronchitis and was advised not to sing or tour. Some of the new dates are below,check out their track “We Have Everything“. 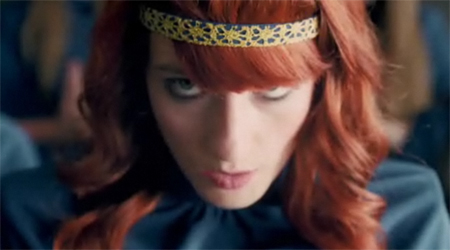 ‘One More Chance’ by Bloc Party

‘Execution’ by the Pink Mountaintops

‘Upside Down’ by Banjo or Freakout

‘Drumming Song’ by Florence + The Machine

‘Sleep Alone’ by Bat For Lashes