Directed by Denise Nouvion of Memoryhouse, “Stealing Beauty” follows Barzin as he spends an evening walking around downtown Toronto, playing one of  the album’s themes, that of isolation and loneliness found amidst the bustle and chaos in a modern urban setting.

Video: “All The While” by Barzin

“All The While” by Barzin, from the album To Live Alone in That Long Summer.  The video was directed by British filmmaker Jason Yeomans.  Barzin said, “I love the simplicity of the video he has made for “All the While.”  The video plays with the age-old metaphor of being weight down by something, and the desire to want to unburden oneself of this weight.  To unpack, to escape, to let go… what have you; these themes are all connected with this metaphor, and Jason ran with it and made something beautiful out of it.”

BARZIN – All The While from Barzin on Vimeo.

New Music From Barzin, “All The While”

Take a listen to a new song from Toronto based artist Barzin, “All The While” from the upcoming release of his fourth album, To Live Alone In That Long Summer, out February 25th, 2014.  When he began work on the album 3 years ago, Barzin originally envisioned a stripped down affair, but has since traveled in a different direction. While still embracing a relatively minimalist aesthetic, songs that alternate between up and down-tempo are replete with arrangements that envelope the listener like the warm glow of fading daylight.  The record features some of Toronto’s finest musicians including Sandro Perri (producer), and vocal contributions from Tony Dekker (Great Lake Swimmers), Tamara Lindeman (Weather Station), and Daniela Gesendheit (Snowblink).

“I feel I’ve been trying to make this album since I first started making records,” says Barzin.

Listen to “All The While“.

Here’s my pics of what I thought looked interesting. Visit NXNE for more details. 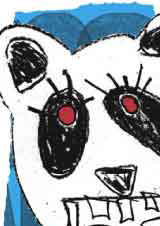