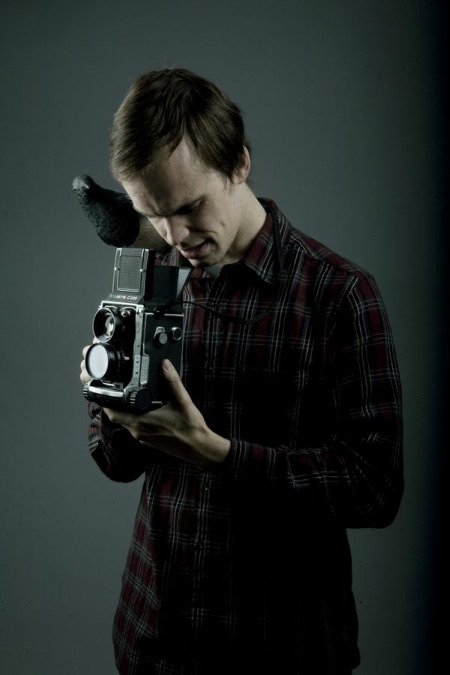 A couple weeks back when I went to check out Efterklang in Toronto, I had a good chat with Yvonne, owner of the El Mocambo. I had arrived late and missed the show opener, a guy named Peter Broderick from Portland. It was apparently a captivating performance from this multi-instrumentalist, but I did get a chance to see him perform later that evening. He did double-duty on that tour, joining Denmark’s Efterklang on stage as a vocalist, violinist, guitarist and whatever else he could get his hands on.

Growing up playing classical violin, Peter seemed to be able to play any instrument he could get his hands on. Lending his sound to local recording studios in Portland, Peter began to get great opportunities to play with a slew of artists and bands (M. Ward, Horse Feathers, Zooey Deschanel). In 2007, Peter was asked by some of his musical heroes (Efterklang) to drop his life in Portland and move to Copenhagen. His time in Europe not only solidified him as a regular in the band, Peter released a mini album of solo piano music (“Docile” on Kning Disk) and a full length album of piano and string compositions (“Float” on Type Recordings). Fast forward to 2008 with his solo album “Home“, a remarkable debut (on Bella Union) which reveals him to be a ‘songwriter and musician of astonishing maturity and depth‘.

I’d recommend for staring at the rain, lying in bed daydreaming. Check out Below It.