“Burial Suit” by Still Life Still, from the album Mourning Trance.  Exclaim! has an article about the record, tourdates and more.  Download the song below. 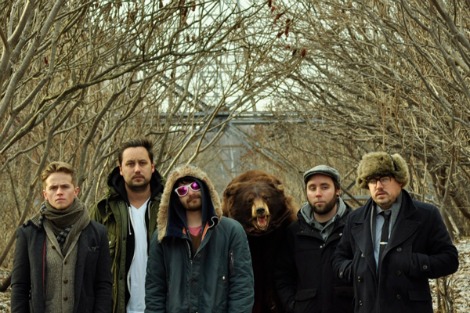 Listening to the latest from Still Life Still called “Burial Suit”, the first track from the East York, Ontario band’s forthcoming sophomore album.  The song was produced and recorded in Toronto by Alex Bonefant (Metz, Crystal Castles) and can be streamed below (or downloaded at Rolling Stone).

“”Burial Suit” was always the starting point for our upcoming LP,” explains vocalist Brendan Saarinen. “We wrote it in the dead of winter after a year of demoing and scrapping a lot of songs. It’s about breaking rituals and routines; how love can take you to strange, sometimes messed up places. When we finished recording it, there was a weird vibe in the air, like we had started fresh but knew we’d always been there.”