‘The Dears’ have their tour bus stolen

“We were hoping you might be able to let us know if someone tries to sell you a giant tour bus, possibly with a smashed window. Or if you spot such a vehicle flying down the highway. Because this morning, when The Dears went outside expecting to get on their bus and head to Toronto for their show at the Mod Club (followed by a long string of North American dates), they discovered that the bus was gone. The trailer had been unhitched, and luckily their gear wasn’t in it anyway, but it’s still a huge downer. The band was renting the bus from the lovely people at HalJoe, so it’s a kick in the shins for them as well.”

This seems to happen in Montreal quite a bit, and to the Dears as well. Shitty news. Glad they’re still able to continue the tour though, I’m really excited to see them in Toronto tonight. 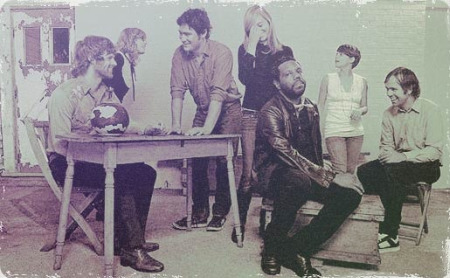