BANFF is Australian singer-songwriter Benjamin Forbes who’s Future Self EP is set to be released tomorrow via We Are Golden + Create/Control.  Stand out track “All Again” showcases BANFF‘s ability to create “ethereal layers of spacious, soul-drenched indie-pop”.  I could date myself by saying it makes me think of Chris Martin of Coldplay experimenting with Thom Yorke.  How about Benjamin Francis Leftwich with James Blake?  Either way, stunning track.

–Exclaim! says the Arcade Fire are planning to release their as-yet-untitled third album in May, with a single before that with tourdates in the spring. The new record will also be produced by Coldplay‘s producer Markus Dravs.

–Phoenix are on la Blogotheque. Versions of ‘1901’ and ‘Litszomania’ are there, filmed in locations around Paris. I was partial to the older song ‘Long Distance Call’, which got me into the band way back and is embedded below.

Phoenix – Long distance call – A Take Away Show from La Blogotheque on Vimeo.

–Dodge has Wild Light on The Laundromatinee.

–The Temper Trap have a new video for ‘Fader’.

-and Said The Gramophone has gone over their best songs of the year. 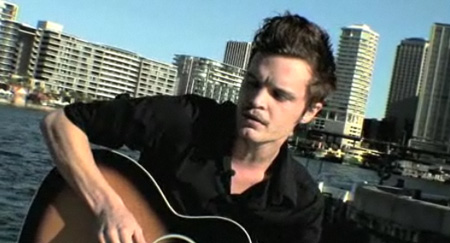