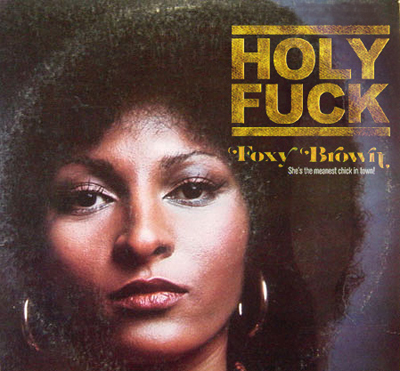 With a current tour schedule opening for !!! (Chk Chk Chk), Deerhoof, Wolf Parade, playing the John Peel stage at the Glastonbury Festival and a resume of recent tour mates including Do Make Say Think, Clinic, Mouse On Mars and Cornelius, you would think Holy Fuck would be a household name by now. Ok… maybe not household but at least entertaining a bidding war from every cleverly progressive indie label out there! Their latest self released EP is one of the most impressive Canadian releases this year and the limited edition pressing is almost sold out. Their reputation as a must-see live band is well deserved… So check out their tour dates and make sure to show up early!

Speaking of great indie labels and bands selling out of stock… Kranky’s Deerhunter are on tour and have just released the Fluorescent Grey EP on the heels of their Cryptograms debut. Label mates Stars of The Lid have also recently relesed the minimal electronic And Their Refinement of the Decline. Both the double LP (Crytograms w/ Fluorescent Grey EP) and the triple LP version of STL are already sold out. Kranky are “overwhelmed” with vinyl orders and promise a new shipment the second week of May.

And finally Casiotone For The Painfully Alone is on tour!