In a previous post on Silversun Pickups and the Ship Collective I simply wrote off a band because they had the word wolf in their name. At the time, I think I might have heard too many calls of the wolf.

I’m glad Dustin O’Halloran from Devics told me to take another look.

But I can’t seem to find out much infomation about Sea Wolf. Lets put it together. A Seawolf is a fish, so we can assume that the band lives close to the ocean. The Seawolf is also a class of submarine, which requires the help of many people to run. Kind of like the amount of people of have contributed to this bands music (see myspace page, Band Members).

Those two were kind of a stretch.

Here’s the best. The Sea-Wolf was a novel by Jack London. Some describe this work as the story of a ‘soft, domesticated creature forced to become tough and self-reliant by exposure to cruelty and brutality’.

Check out Middle Distance Runner. More (like Black Dirt) can be found on the band’s myspace page. 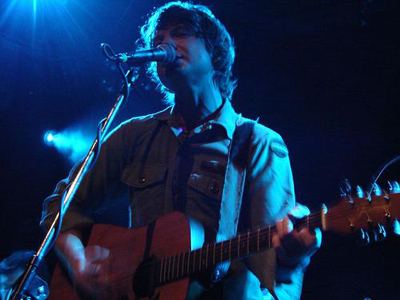