With all this talk about 2016 being such a horrible year, at least the music didn’t suck.

Can you believe it’s May already? Time flies when you’re listening to good music.

April delivered just like March, with some great new music from Digitalism, NVDES, Phoria, Caveman and Broods, with newcomers RYDER, Romes and The Royal Foundry.

I can’t think of a more fitting name for the song “Go Time” by electronic trailblazers Digitalism. That driving bass and those climatic 80’s punk-pop synths really make a motivating, highly danceable track.  Signing “Let’s get Friday out of the way”, this track belongs with a packed dance floor on a Saturday night.

The song (along with recent Hype Machine chart toppers “Utopia” and “Battlecry”) mark the return of the German duo, via the bands’ forthcoming album Mirage (out via Magnetism/PIAS May 13th).  Dashes of disco, French touch, prog-rock, rave and hip-hop thrown into an eclectic sound palette that colors the 15-track Mirage.

Earlier this month, Digitalism also announced their European and North American headlining tours and have sold out this week’s Paris and London shows. With new dates added to their highly anticipated live tour, the duo are excited to be performing new material for their fans across the globe.

Anyone seen this video yet? Check out Pogo by Digitalism.

August really must be the month for DJ duos here…. I wonder whats opening my ear up to these sounds? Regardless, I can’t deny the music.

Digitalism is a German DJ duo made up of Jens Moelle and ?smail T?fek?i. Since 2004 they’ve been doing solid work remixing the likes of The Futureheads, Daft Punk, Tiga, Klaxons and Depeche Mode. After many singles released on France’s Kitsune label, they released Idealism, their first full length (on Astralwerks in North America).

Check out the title track off the record.

The track that really got me was a remix that they did of Sono‘s A New Cage. You’ll find it on a summertime mix the duo made for the August issue of Mixmag, featuring bands like Lo-Fi-Fnk, CSS, Gossip, Get Shakes, and Spank Rock. Cam Lindsay from Exclaim! has got this post where he recaps the mix. Download the entire mix here, look for that song (unless you like to watch it in this form…). 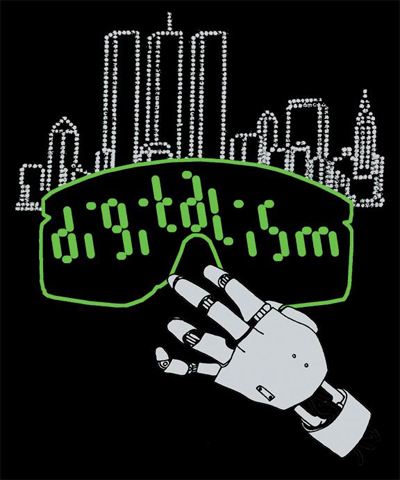