I started my night at Nathan Phillips Square for a free Tokyo Police Club show, as part of something called WinterCity. One of the MC’s who were introducing the band made we laugh quite a bit after announcing “The Weakertons” were going to be performing the week after….

I had no idea they changed their name.

Then we headed over to the El Mocambo for Ra Ra Riot, The Coast and Virgins. Virgins were pretty solid, really reminded me of Joel Plaskett. The Coast were amazing (bias aside). The new record coming out April 1st will be no joke indeed. Really looking forward to hearing that one.

Ra Ra Riot went on at around midnight. Adorable string section, lots of energy, well crafted melodies. A great introduction to this Syracuse band for me. So, today, in fighting my scotch hangover, I’m treating my ears to Each Year (RAC remix) by Ra Ra Riot.

Check out another remix they’ve got on their myspace page, A Manner To Act (RAC remix). 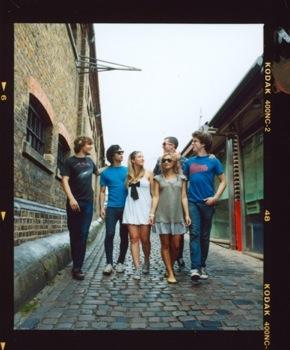