I’m loving this new song “Forever” from Julianna Barwick, off her upcoming album Nepenthe (out August 20 via Dead Oceans).  Take a listen below in her album trailer below.

Nepenthe is Julianna’s third full-length album, which was recorded in Reykjavík, Iceland, in the dark cold days of February.  In ancient Greek literature, nepenthe was a magic drug of forgetfulness used to wipe out grief and sorrow. The title suggested itself to Julianna, who experienced a death in her own family in the middle of making the record, but it also refers to the music consoling her during the isolation she was going through – on her own, in a foreign country with a terrible internet connection – during the sessions. Nepenthe‘s heady potion is about moving forward, finding a way through difficult times – of retaining a feeling of hope.

The record was produced and engineered by Alex Somers (musician/producer of Sigur Rós, Jónsi, Jónsi & Alex) with crucial contributions from string ensemble Amiina, guitarist Róbert Sturla Reynisson from múm, and a choir of teenage girls.

Nepenthe is intimate without being introspective. Instead it’s a radiant array of light-dappled choral works, drawing a powerful sense of hope from the depths of despair. 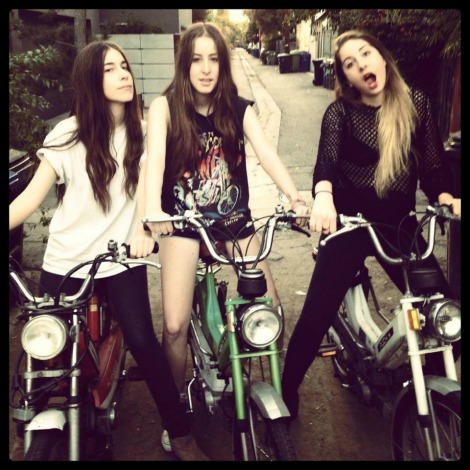 “Don’t Save Me” by HAIM.  Song of the moment right now from this Los Angeles sister trio.  “Forever” turned some heads when I spun it on sat night.  “Don’t Save Me” should do the same next time I get the chance.

Get to know the band below.