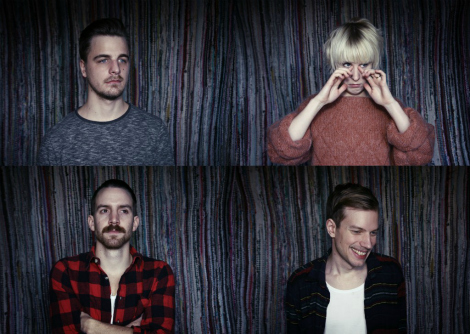 This time it came all the way from Sweden from the band Francis.  “Traktor” is the single (out Jan. 23rd on Strangers Candy/Playground), off their forthcoming EP This Must Be Blood (out February 27).  The indie pop band are coming off an eventful year of touring with The Tallest Man On Earth and releasing their well received debut album Lekomberg. Traditionally a band known for their stomping folk and blues, the new sound has morphed into a more rhythmic and experimental pop sound.  Thats a good new years resolution.