Waiting to hear from Admiral Radley 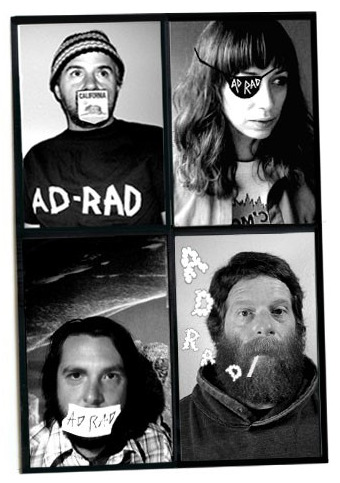 Admiral Radley is the new project of former Grandaddy members Jason Lytle and Aaron Burtch with Earlimart‘s Aaron Espinoza and Ariana Murray. The name seems to come from a man, who on craigslist, was trying to sell a 747 airplane. No music yet, just pieces on their homepage. Dates below. Wonder what it will sound like?
3/17 Dallas, TX – Granada Theater
3/20 Austin, TX – Six Stages Over Texas Benefit Show
3/24 Los Angeles, CA – Bootleg Theatre

I used to be one of the biggest Q-bert junkies growing up. Colecovision was my system. Sure, better games and machines came along. Nothing felt quite like the vision did….

that’s what we called it. the vision.

A: Here’s one! Found this record in the office. They are called BED. I really like the track Newsprint, which can be heard from their homepage under ‘En Ecoute’ or from Last.fm. Initially, it sounds a little too much the same for the first part of the song, but listen to how they layer in the new parts/vocals/instruments. I hear Broken Social Scene and Grandaddy.