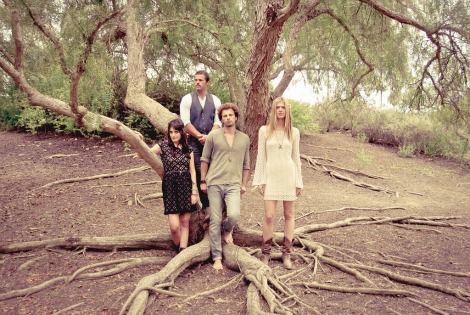 For fans of indie-folk bands/aritsts like Edward Sharpe and the Magnetic Zeros and The Tallest Man On Earth, check out LA band Miner.  The group led by Justin Miner formed after he recruited other family members (wife Kate Miner, brother Jeremy Miner) and several friends to sing and stomp on their EP Hey Love, which will be released at the end of August 2012.