Going to try something a little different with this column, mainly using a few more images to break up the post.  The goal of this post remains the same though.  Its me pointing you towards a few things you should hear and see.  Hope you dig.

Cults have an amazing new video for “Abducted”, over at p4k tv.  Great companion for the track.

Basia Bulat performs a new song called “It Can’t Be You” on YoursTru.ly.

p4k has a new track for Here We Go Magic, a song called “Song In Three” from The January EP, a collection of outtakes from the album Pigeons.

We’re getting first listens today from Queensland, Australian band The Middle East of their new track “Hunger Song” (over at Dailybeatz).  Quite a bit more upbeat from last year’s sombre grower in “Blood”, “Hunger Song” arrives before the self produced full length LP entitled I Want That You Are Always Happy on July 12.

Dale Earnhardt Jr. Jr. are offering up another taste of their upcoming LP Something Corporate at Paste magazine.  Check out “Skeletons“.  Found at MFR.

Big fan of this remix, check out Two Door Cinema Club’s remix of the Young The Giant song “My Body” over at Tympanogram.

Horsecollar needs your help.  A while back I briefly mentioned that I was liking the track “Christopher”.  Now, he’s using Kickstarter to try and raise funds to manufacture a “7 inch, for those songs on bandcamp.  Check it out. 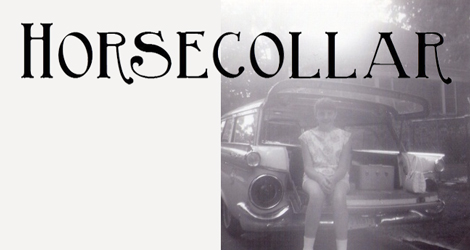 Wish I had received that e-mail from Supo Olagokie (aka Horsecollar), but I’m glad that We All Want Someone did.  Otherwise I wouldn’t have heard this artist today, especially a song about my own name.  Check out the jingle bells, piano, violins across the simple dropping chord progression of “Christopher”.  He’s got another up there on Bandcamp, go download ‘em.