Someone Still Loves You Boris Yeltsin

When you dedicate a certain part of your day to reading music blogs, its hard not to notice someone writing about Someone Still Loves Your Boris Yeltsin. I guess the name makes you look once, but the music keeps you coming back. They’re a great indie-pop band from Springfield, Missouri who originally released Broom in 2005, but are about to have a re-mastered version release in October, courtesy of Polyvinyl Records.

While away in Montreal this past week, I put together some questions for the band.

Here’s what they had to say.

Chris >> You mentioned in a previous interview that one night on the road you were hearing your music on the OC, then you were figuring out how to keep touring on the $20 you made at the concert the night before. Since then, do you think that tv show has increased the amount of people that buy your record or go to your shows?

Boris >> No, not really. They used our song as background music and they didn’t say our band name at the end of the show or anything. We probably sold a few CDs when it happened, but that’s it.

Chris >> How did your relationship with Polyvinyl Records develop?

Boris >> They saw us play in Champaign. Their A&R guy bought a CD and everyone at the Polyvinyl office liked it. We heard from them a couple months later when we were really looking for a label. We shared a lot of ideas about the future and then we signed up.

Chris >> With the amount of people (including myself) who have blogged about your band, I assume its common for people to approach you at shows and tell you that they came to see you after reading about you. Do you connect with many fans from campus or commerical radio these days?

Boris >> Commercial radio..no way. I only know of one commercial station that plays us and it’s during their underground show on Sunday night. College radio is a different story, though. We made a lot of friends, especially with the DJs who played the CD. We like college shows. Especially the ones where people go insane and start hitting the ceiling until you play Jessie’s Girl. We started to play it and they had to stop the show because people went insane. Insane is never good, even at a show.

Chris >> Do you think one day Boris Yeltsin will hear your record?

Boris >> Yeah, I think so. God, I bet it will make him feel weird. I mean, all our songs are about girls. He’ll probably get real confused. Then he’ll call us and we’ll hang out and do pills in Russia, I hope. 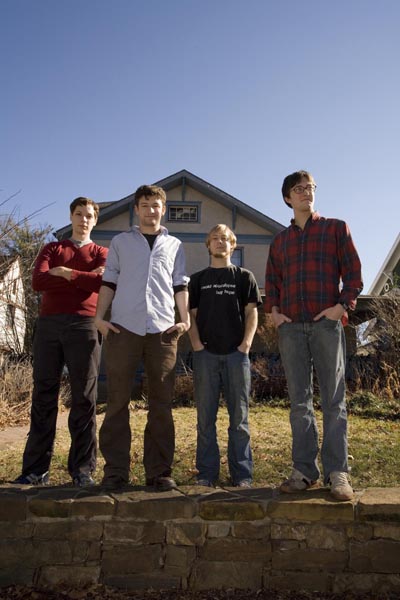