i believe in the way you move

Thanks Ben for sending me this site.

Take a listen to Jeremy Warmsley. Maybe the name doesn’t quite roll off the tongue, but guaranteed the music will warm your ears. He’s a singer-songwriter from London signed to Transgressive Records. His music is a little more complicated than what the last sentence may indicate. Again, maybe its something that might fall into that folktronica bucket? Maybe a mix between Clap Your Hands and Final Fantasy?

You can stream a bunch of his tracks from his homepage, or head on over to myspace and hear them there. ‘I Promise‘ is a lovely mosiac, ‘I Believe In The Way You Move‘ sounds like it belongs in a musical.

And ‘I Believe In The Way You Move‘ has a really interesting video as well. Kind of sad, I guess we’re supposed to assume the male gymnast outlives the female. I’d love to see the old guy and the girl pull off some of those moves! 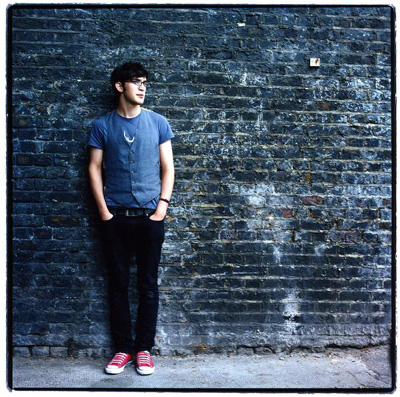