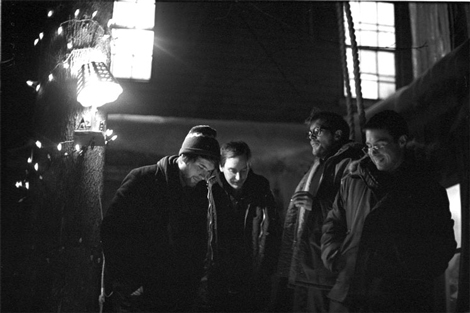 Coming off a strong reception at last weeks ECMA’s, Charlottetown, PEI band Racoon Bandit are gearing up to release their new album Into The Hills (May 3rd, Collagen Rock Records).  The foursome recorded 12 songs between May and December of 2010 in an old farmhouse in Hazel Grove and at band member Adam Gallant’s studio (Haunted Hearts, English Words) in Charlottetown.  The disc showcases the band’s diverse range of songs and has three writers sharing lead vocal duties (McCallum, Carter and Gallant), settling in that genre somewhere between folk,  folk-rock and the more sublime.
Check out “Silver Bullet“.