This festival really seems to be about the artists. Bands do not have to pay to apply to this festival and all the bands are paid for their performances. And I might add, a solid contender for best music festival happening this weekend in Toronto.

That festival is Pitter Patter Nights. Its the first year in operation, founded by local promoter and Postage Stamp Keith Hamilton. The festival is not just in Toronto, it includes 75 bands in three cities (Toronto, Oshawa and Hamilton) over 5 nights. That way, a band can play the festival more than once and build a mini tour out of it. **Its always nice to have multiple opportunities to see a band during a music festival.

“The festival gives me a chance to bring together a lot of the truly great, lesser-known acts from outside the city, and make it a big deal by having them all at once”? says Hamilton. “Its a great opportunity for them, as well, to be able to make a swing through all three cities and earn three times the exposure and travel funds of any other festival in town.“

I’m liking the lineup as well. I’ll admit, there are a bunch of bands that I’ve never heard of here, but having names like Camoflauge Nights, I Can Put My Arm Back On You Can’t, and Sailboats are White will definitely attract some attention.

The shows began last night, but If you have a chance, head to Supermarket to catch a solid bill, The Rest, The Rural Alberta Advantage and Jewish Legend.

Deathbridge in Lethbridge by The RAA.

Watch It Could Be Love by Camouflage Nights 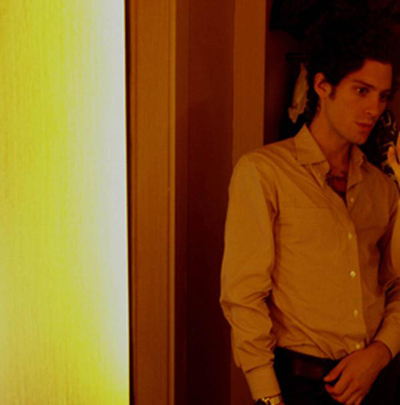