While most of the UK is dancing to Pro-Tools Punk, Hot Club de Paris offer up an upbeat live sound with influence ranging from Faraquet to Bloc Party. Think The Futureheads meet early Police and then take away all the spot lights and load it with Mike Watt’s ethics and craftsmanship. Your Face Looks All Wrong is a good place to start, but the entire Drop It Till It Pops record is worth repeated plays.

The CD is only available for now through Moshi Moshi in the UK. Their upcoming SXSW shows should change that. If you’re lucky enough to be in Austin you should add it to your list. 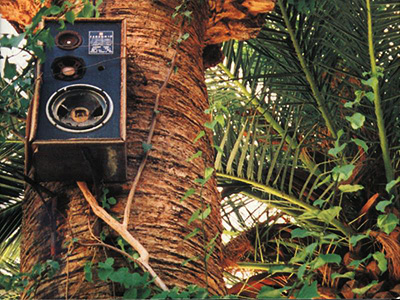 Over the years Berlin’s Tarwater have experimented with electronically inspired pop and minimalist electro. While they currently can be found on the Morr Music label, it’s their time on Kitty-Yo where they made their best album to date (Silur 1998) and where they evolved their sound (Animals, Suns & Atoms 2000 / Dwellers on the Threshold 2002). They mix Massive Attack, the Velvet Underground with Silver Apples and create an electronic post-rock style that can be placed just before The Notwist and leading to Fujiya & Miyagi.

The Ponys Turn the Lights Out on Matador.
Thee More Shallows on Anticon.