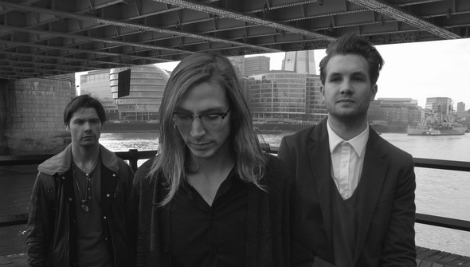 Did you check out that post of my favourite new artists of 2011?  I included a band, solely on one track released near the end of last year.  The song was “Lost Communication” and the band is East London electronic trio Anothers Blood.  You can purchase the song from Family Records here.

Well, the band have announced details of a new single ‘Through The Dark’. This along with b-side ‘Foreign Nights’ will be released as a free download for 24 hours on 27th February via their website.  ‘Through The Dark’ deftly combines organic sounds with dense electronics to reveal a simple love of classic pop melodies.

Anothers Blood formed in 2010 in East London, borne out of a shared love of cold electronics, William Eggleston and Talk Talk. The line-up consists of frontman Richard Frenneaux, along with fellow band members Courtenay Purcell (electronics) and Chris Rush (percussion).