What was your costume? 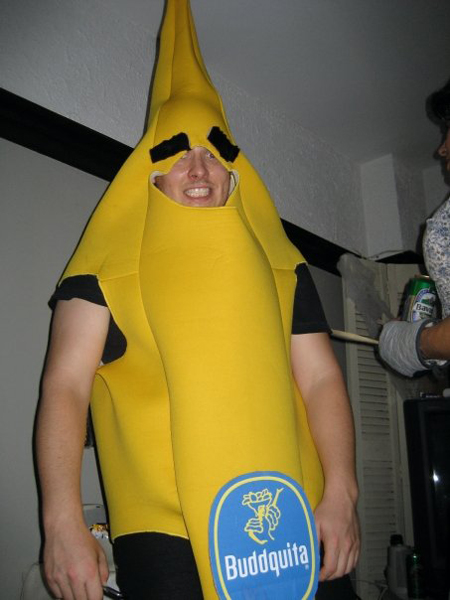 I was a banana. And somewhere between this point on now, I grabbed a pretty annoying head cold. That’s why its been a little quiet on the site. Quite a lot better now and I’ve managed to go through some e-mail and I’m wanting to tell you about a couple bands/songs.

–Stereogum has a pretty cool remix of Max Tundra‘s Which Song by Passion Pit.

–The Idyllists are new on my radar and I think I Think It’s Going To Rain is a great foray into their music.

–Israel Darling from North Carolina occupy a sound somewhere between Modest Mouse and Broken Social Scene. NYC’s Engine Room Recordings are putting out their self-produced album, here’s one of the standouts ‘Samson The Mason‘.

–The Antlers did a Daytrotter session.