Alright, so I didn’t post for a week… I blame it on the holidays. Got too caught up in the nog and catching up with old friends. And sitting outside, wondering where the snow is.

My little men that work in my ears have recently advised me that they are ready to continue the onslaught of new music. Here goes.

Check out Maybe Smith from Sir, Handsome Records
This is the work of Saskatchewan artist Colin Skrapek. Since 2002, Maybe Smith has released four bodies of work, most recently Second Best Death.Think pop mixed with electro, with samples and soft melodies intertwined. He’s had comparisons to the likes of Dan Snaith and Andrew Whiteman so far. Sounds like an artist who’s daring enough to tackle that genre of music where the is such fine line between creating organized noise via laptop and writing challenging songs that say a little more than what you’re going to hear on commercial radio.

I was really surprised to find out that he doesn’t have a myspage page…. sign of the changing times maybe?

My favorite track is Favours for Favours. Very nice wall of sound is going to jump out at you and yell boo around the halfway point.

As well, here is the title track off Second Best Death. I really hear a similarity to Ferraby Lionheart here. 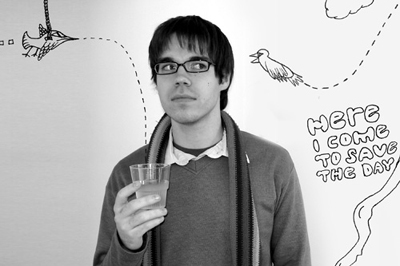