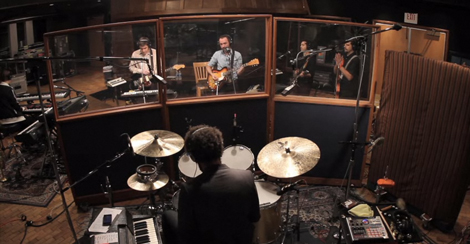 Watch Broken Bells perform at Myspace Transmissions. The session features the songs ‘The Ghost Inside’, ‘October’, ‘Vaporize’ and ‘The High Road’ (which is the video below).

Head to Myspace Transmissions to get the audio, video and interviews of Sweden’s Miike Snow performing Animal, Silvia, Black & Blue, and Sans Soleil.

This Day Just Flew By

Probably in the crazy wind we’ve been having here in Toronto.

Quick post from me, then something later tonight on The Rest.

Then the IMF Podcast. Stayed tuned for that.

In the meantime, check out:

–CBC Radio 3’s new digs. I’d say an improvement, but I miss the days when it was more like a magazine.

–Wye Oak are playing an acoustic session of ‘Take It In’ on Converse.com.

–White Rabbits are on Myspace Transmissions sounding awesome and

–Neon Gold is premiering a new Ellie Goulding track called ‘Under The Sheets‘. The video below was the teaser for the track they had up for us on youtube.

Taking a break from planning a showcase to tell you about….

The new Headlights song on RCRD LBL called Get Going. The song comes from Wildlife, the bands’ third album which was a difficult record to make according to the band. From troubles dealing with changing group dynamics, a lot of what was recorded was initially scrapped. But, now we’ve got a record and a tour. And a nice single to boot. 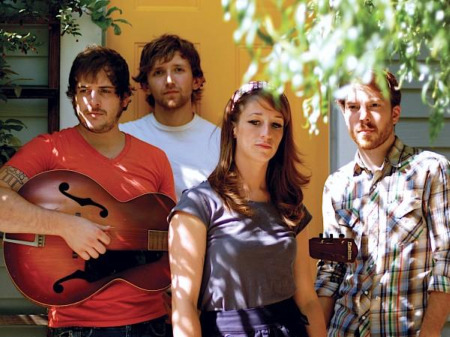 Eels were at Myspace Transmissions a little while ago. Head there to see a session recorded at the Village Recorder in LA (a classic studio used by Bob Dylan, the Rolling Stones, Pink Floyd) of songs from the latest Eels offering Hombre Lobo and a Bob Dylan cover of ‘Girl From the North Country’. Check out the video for In My Dreams below.
EELS “In My Dreams” from The MySpace Transmissions

And, the brand new band on my radar is Newislands. Don’t know a ton about this band from Northampton, UK but Dany blogged about them the other day and I was intrigued. Head to their myspace page and you’ll hear your new favorite song streaming. Its called Out Of Time.

Its been a while since I’ve checked out a session at Myspace Transmissions, perhaps because I’ve been waiting for the right band to come along. Recently, Cambridge’s electro-pop band Passion Pit hit their studio for a day of audio and video recording, choosing a selection of songs off the bands debut ‘Manners’. Grab all the songs here.