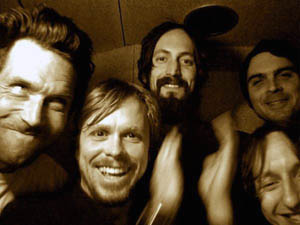 Jason Kent and The Crystal Lake

Sit back, relax and turn on your headphones. Try to hear what it all used to sound like.

Here’s Jason Kent and The Crystal Lake, a Montreal band. Formerly of Bodega, Jason’s got a real knack for capturing a mix somewhere between the Beatles, Neil Young and Air. Moments of CSNY era country mixed with a good amount of psychedelia. Looks like some upcoming dates in Kingston and Montreal, as well as working on the follow-up album for next year.

Check out Midnight Love, here’s the video. Think about lighting that joint.