I think this is the first time I’ve written about a band from Prince Edward Island on my blog. What took me so long?

Two Hours Traffic began in 2003 when four PEI Chemistry students got together and started writing music. After releasing an intial EP (The April Storm), Joel Plaskett noticed and offered to produce the groups first full-length album. Tons of play on CBC, tv placements in The (late) O.C. and succesful touring with Wintersleep and Cuff The Duke all worked together to bring this band to the top of the Canadian Maritime pop revival. Think alt-country on a third date with power pop.

The new disc is called Little Jabs, comes out next month. Its good, really nice. Check out Stuck For The Summer (video). Realy like New Love on their myspace page as well… (waiting to see if I can get that one up here as well…) 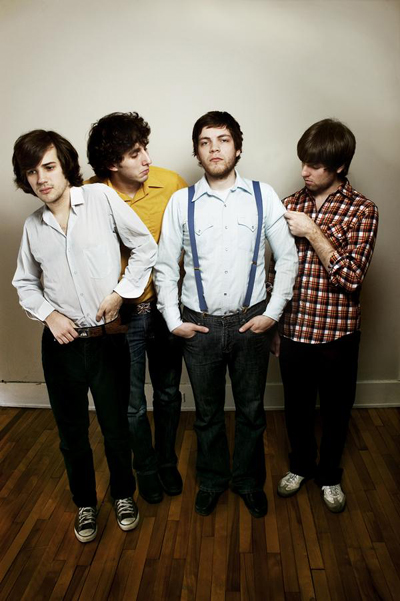