noah and the whale

“L.I.F.E.G.O.E.S.O.N.” by Noah and the Whale. Someone mash this up with Steve Miller’s The Joker…

From from the UK. Maps, Radiohead, Noah and the Whale 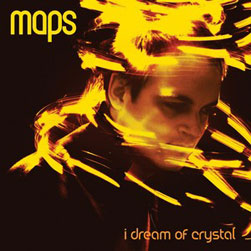 UK band Maps are set to release the new single ‘I Dream Of Crystal’ on September 14th featuring remixes by Steve Lawler and Solo. If you’d like to hear some of that, head to the old myspace to take a listen.

I’m into the original version. Very in-line with what I’m used to from Maps. Only thing that doesn’t quite work for me is James Chapman whisper-singing the line ‘Get the fuck off my case’ at the 2:09 mark. Not sure if it gets the point across.

If you’re in the UK, you’ll have a chance to catch the live show at either Cargo in London or Bestival in the Isle of Wight. Details here.

Stereogum has a new Radiohead song. A week after the band released a song for the passing of UK’s last WWI vet, we’re now getting a taste of a song that probably is called ‘These Are My Twisted Words’. No new record for a while, so we’ll have to wait. Not sure if this one will tie me over.

Noah and the Whale are set to release The First Days of Spring, the follow-up to the London-based quartet’s Gold-selling 2008 debut, Peaceful, The World Lays Me Down. The record comes accompanied by a film, directed by the band’s Charlie Fink, which runs the length of the album.

Look for both October 6th. In the meantime, grab a remix of the song Blue Skies by Twelves here.
Here’s a teaser for the film. Looks pretty awesome.

The First Days Of Spring Teaser from charlie fink on Vimeo.