At a younger age, there would be no way I’d catch myself at the office on the saturday of a birthday weekend.  Perhaps this is what happens when you turn 34.  I’d now rather take an afternoon to power through this inbox, plus post about all these great tunes I’ve bookmarked from the last two weeks, than start drinking at 1 in the afternoon.

Maybe I can do both actually….

Soundtrack to this exact moment is the new video for Bruce Peninsula‘s song “In Your Light” off the record Open Flames.  The video was shot in Toronto and directed and animated by Jesse Ewles and produced by Mike Juneau.  Speaking of the band, they’ve curated a soundcloud playlist for UK music blog THE LINE of BEST FIT, featuring music by past and present BP members including The Weather Station, Snowblink, Austra, Ohbijou, Timbre Timbre and more.

Bruce Peninsula – In Your Light by HandDrawnDracula 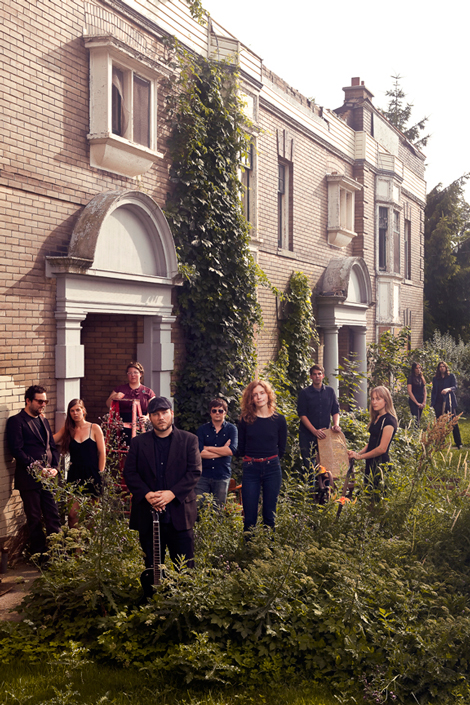 Bruce Peninsula are set to return with their sophomore full-length album, Open Flames October 4th (via Hand Drawn Dracula).  The multi-musician “alt-gospel” ensemble will give us “10 new, sprawling songs, drawn from the skin of a drum and sung from deep down in the gut”.

Prepare to be teased.

The band spent a lot of last year hard at work writing new music, with a focus on writing quickly without second-guessing, while pushing musical boundaries beyond their signature, progressive-gospel sound. By the end of the year, the band had a slew of new material which they planned to release in the Spring of 2010.  But, in December, the band were suddenly sideswiped when lead shouter Neil Haverty was diagnosed with Acute Promyelocytic Leukemia.  Haverty got treatment and is officially in remission, ready to join the band again.