Wombats appear to have little fear of humans. They can be awkwardly tamed in a captive situation, and even coaxed to be patted and held.

The ones found in England have got some kicks. Take a listen to the Wombats.

They sound a little like Supergrass and a little like the Weakerthans. Here’s the video for ‘Lost in the Post’. Insane hook on the chorus and outro. What’s up with all the Santa’s? (I can’t say its the weirdest video I’ve seen all day…

Most of their tracks can be found on either their website or their myspace page. They were even in Toronto back in March for Canadian Music week.

Check out Patricia The Stripper and Little Miss Pipedream 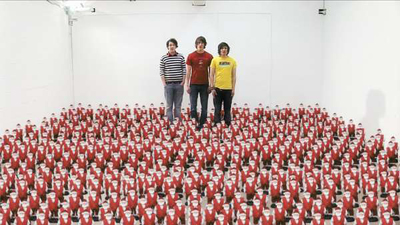