If A Lot Of Bands Play In The Woods 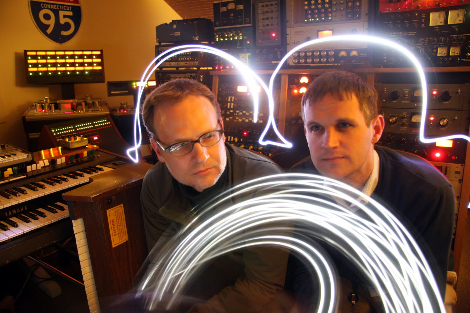 It will make a sound.

The Philistines Jr. are an indie-pop threesome from Connecticut whose members include super producer Peter Katis (Interpol, the National and Frightened Rabbit), his brother Tarquin and Adam Pierce (who runs FatCat USA and plays drums in Mice Parade).  October 19th will see the band release an album called If a Band Plays in the Woods ? along with an album of covers and remixes (If A Lot Of Bands Play In The Woods…?) from their impressive list of friends (the National, Tokyo Police Club, Tapes N’ Tapes and more).  Check out Frightened Rabbits’ version of “My Brother Tom, The Green Beret” below and click here to play the originals .

Frightened Rabbit: “My Brother Tom, the Green Beret (The Philistines Jr. Cover)” (from P4k).  Be sure to also grab the We Were Promised Jetpacks rework of “Hell No! We Won’t Go!”.

Look for both these albums through Tarquin Records.