Finally, I’m getting around to posting this list. I’m having too hard a time putting them in order, so I’ll stick to alphabetical.

Andrew Bird – Armchair Apocrypha. Still not sure what he’s better at, the violin, singing or whistling. This album is a great listen, a nice mosiac of many different sounds. Songs the find their way into your head and stay there. His show in Toronto was one of the best I saw this year.

The Arcade Fire – Neon Bible. Winners of my best concert of the year and most interactive video of the year, Neon Bible really crept up on me. Initially, I wanted Funeral again. What I got was an amazing follow up. Results under pressure.

Caribou – Andorra. A critically acclaimed crossover record; something to keep the cool challenged and the rest interested.

Jose Gonzalez – In Our Nature. The Swede with the most un-Swedish name. Great ability here. Lighting quick precision fingers on the classical guitar, soft vocals sprinkled overtop. Even though I’m a bigger fan of Veneer, its a good record to buy the sig nif other.

Justice – +. I had no idea I’d really open my mind up to so much dance music this year, but this French duo helped blow it right open. Pick this record up soon, before you hear the whole record as a background to tv commercials.

Panda Bear – Person Pitch. The other I’d recommend. Love the production on this record. When I hear this album, I picture myself at some crazy beach campire sing-along.

Radiohead – In Rainbows. Winner of best sales tactic of 2007 and still #1 band in my books. Now if I could figure out how to get tickets when they tour here again…..

Wintersleep – Welcome To The Night Sky. Over the past two months, this record has had the most amount of play in my rotation. A great third record, a band growing and opening up. Its nice to see that people are taking notice.

Kind of feels like I’ve been on vacation here. Sporadic posting and dust collecting on the site here. Heard something really nice though that I’d like to get out there. 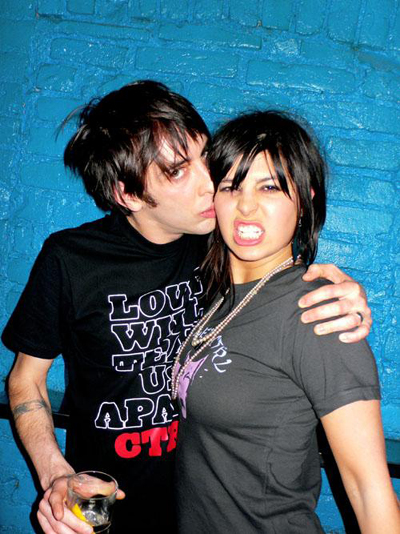 Enter the Handsome Furs. Two-piece from Montreal comprised of Dan Boeckner and Alexei Perry. You might recognize his voice if you’ve been listening to music coming out of Montreal in the past couple of years. He also is one of the main voices from another Sub Pop approved band, Wolf Parade. There is something about his voice… I still remember hearing It’s A Curse on the CBC Radio 3 podcast years ago. Couldn’t even find the EP in Toronto at that point.
I dig the more minimal sound of this new project. Plague Park is their debut, due out May 22nd. It’s a “record of melancholic tendency and heartfelt desire; a stripped down symphony relegated between city and country, and made for ears of either side.”

On the bands’ myspace you can hear a track called Handsome Furs Hate This City, or check out their video for Dumb Animals here. Finally, head to I Guess I’m Floating to hear Dead + Rural.