Getting Back Into The Swing

I just spent the last little while re-teaching myself how to find music, like I did in 2009. I only really took a week off from it and its already feeling foreign, luckily on its way to more familiar. I thought it was a good idea to spend some time at Stereogum and brush up on their list of last years top 50 downloaded songs. Kind of sums up a lot of last year on the blogs. But going forward, I can’t seem to find a blog that hasn’t mentioned Vampire Weekend and how you can stream their new album Contra on their myspace. I’ll throw it on after swimming tonight. Or in the meantime watch them in Juan’s Basement (performing Cousins c/o Pitchfork).

If you prefer to look backwards instead of forwards, Pretty Much Amazing has an oldie from Bon Iver‘s Justin Vernon, before his band became a household name. It’s called Hazelton.

And interestingly, The Soundtrack Of Our Lives is on They Shoot Music Don’t They.

Has anyone broken a resolution yet? I made another to have more fun in the posts. Still going (on day 1 back, haha). 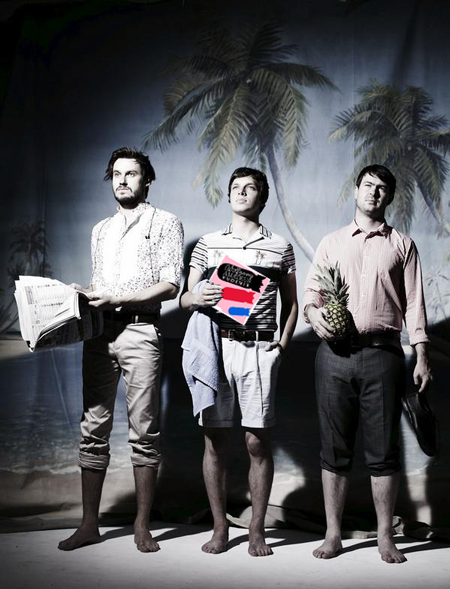