I’m already looking forward to April, or when I’ll be able to get my hands on a copy of Cloud Cult‘s newest offering called The Meaning Of 8.

Great band from Minnesota fronted by talented songwriter and environmentalist Craig Minowa. The band’s 2004 release (Advice from the Happy Hippopotamus) took everyone by surprise, landing on college radio everywhere. Minimal marketing budgets. Word of mouth working overtime. The record was even put out on the band’s own label (Earthology Records), known as the ‘world’s most environmentally friendly not-for-profit record label.’

Based on what I’ve heard so far of the new record, this could be a great year for the band. Nice, I’ll catch you guys in Austin (only a month until my favorite week all year).

My favorite track is a song called Chain Reaction. Sample drums lead the song into what you would think is an instrumental number. Eventually the song rings with the lyrics ‘Put your face on mine..‘.

A couple more for you. Download Take Your Medicine and Pretty Voice. As well, you can find another track called Chemicals Collide at Stereogum, video here. 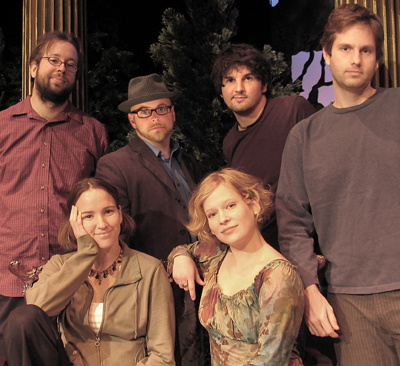