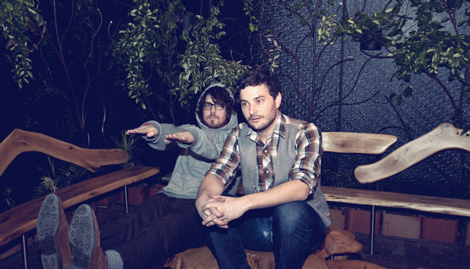 Here’s the first track off the anticipated debut full-length record from Detroit indie-pop duo Dale Earnhardt Jr. Jr..  Look for It’s A Corporate World on June 7 through Quite Scientific Records.

The band are currently on the road with Tapes ‘n Tapes towards SXSW, stopping at KCRW for a live performance on Morning Become Eclectic (March 14th).  Look for them to headline their own tour after that.

Chris Bathgate is a Pinckney, Michigan based singer/songwriter andprominent figure in his own Michigan folk scene. Signed to Quite Scientific Records (Dale Earnhardt Jr. Jr., Cotton Jones) in 2007 (after years of self-releasing his own albums), he’s back with his third album on the label (to be released April 26th). Titled “The Salt Year”, a recordborn out of a period of personal tumult full ofpersonal hurdles, failed relationships, and an intense period of self-criticism, all of which would lead Bathgate to scrap his next album multiple times, causing almost 4 years to lapse between his early demos and the completion of the album.

Stream the track “No Silver” below or download it for the price of your e-mail.