rage against the machine

One Day As A Lion

“It’s better to live One Day As A Lion then a thousand years as a lamb”.

Is it? Really? What would you do for that one day?? And can you imagine what you could get done in 1000 years, even as a lamb?

The quote is from a black and white photograph by legendary chicano photographer George Rodriquez. It also happens to be the new moniker for Zach de la Rocha’s newest musical endeavor. It’s a twosome along with Jon Theordore on drums (of Mars Volta fame).

Its solid from what I’ve heard so far. But, while while flipping channels the other night I’m pretty sure I heard someone from MTV Canada call this a mix between Rage Against the Machine and Daft Punk. Really? I hear the Rage, don’t hear anything close to those two French robots though… Look for their 5 song EP out on Anti.

Take a listen for yourself. Wild International (from Electrorash). Heavy. 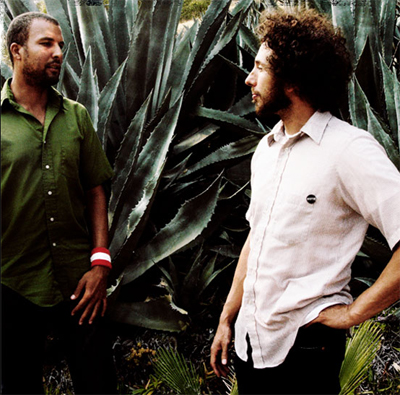