I found a copy of Raised by Swans ‘Codes and Secret Longing‘ in the office the other day and I remember how much we played that record when we got it. It played for days straight because its really good, haunting vocals, shimmering guitars, interesting songscapes.

A little history on the band. Formed in London, Ontario, released Codes and Secret Longing in 2005 under their own label (1101). Eric Howden from Gandharvas sings. Album was recorded in bass player Andy Magoffin‘s House of Miracles studio. (Check around, he’s worked with tons of bands). And last I saw this band live, Eric plays barefoot.

You might have heard some of their tunes on Canadian tv (Whistler, ReGenesis) or on the soundtrack to Everything’s Gone Green, written by Douglas Coupland. I’ve always thought it had potential in tv/film…. 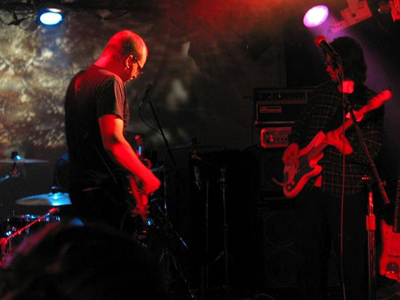