What Am I Doing Now?? 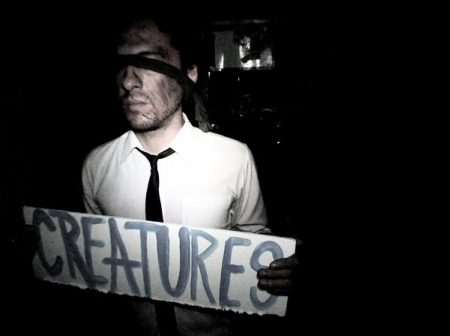 -downloading Creatures by Modernage. Reminds me of The National doing Joy Division. Check out the Sirhan Sirhan EP.

-putting together a song pitch for a movie

-thinking about what tomorrow night’s Band Of Skulls Toronto show might be like? Heard of them yet? Check iTunes free download this week (US and Can from what I can tell). It’s called I Know What I Am and somehow makes me think its Black Mountain doing a Franz Ferdinand track.

-stopping by YANP for a quick listen of Gliss. Like it.

-checking out Conor Oberst’s new single Nikorette. Never been the biggest fan of the next Bob Dylan, but I’d throw this tune on a road trip playlist. Look for a documentary about him and his band.

-remembering Stellastar* while listening to their new song ‘Graffiti Eyes‘, set to launch as a single (April 20th), air on Gossip Girl that night, then ramp up to a new album (July 7th). Its on their myspace.

-looking at the snow on the ground.

-realizing that Cars by Now, Now Every Children has really grown on me. Glad I don’t delete everything I don’t get right away.

-liking those keys in Dare by The Mary Onettes. Labrador is putting out their first single in two years on the 29th.

-tapping my foot while Lissvik‘s remix of Fever Ray‘s ‘When I Grow Up‘ plays in the background. Find it at Pasta Primavera.

-rocking out to Alan Wilkis‘s remix of Phoenix‘s ‘1901‘. Expect a new EP (Pink and Purple) around late May. Check him out on myspace.

-embedding the Eulogies ‘Anonymous‘ Widget. Check it out.