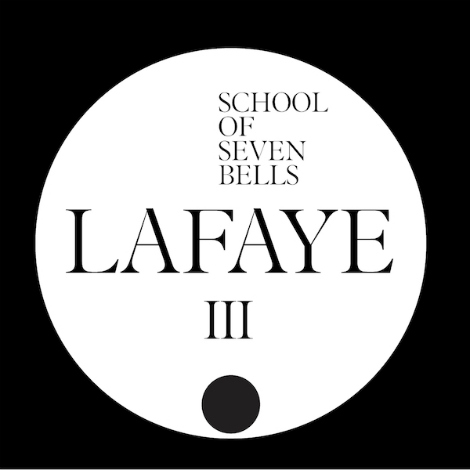 Unfortunately, when there’s this much going on in my work life, the blog takes the backseat.  But, I did have a free couple of minutes to post this great new track from School Of Seven Bells.

“Lafaye” is the second track, and first official single off the upcoming album Ghostory (out Feb. 28th via Vagrant/Ghostly International).  . “Lafaye” is also the name of the tormented character in their upcoming concept album, available as a single through all digital retailers on Tuesday, January 17 with an exclusive b-side “Love From A Stone”.

School Of Seven Bells Back With The Night

I dig this.  New song and the first single to be released off the upcoming album Ghostory from duo School of Seven Bells, due out February 28th next year.  Vagrant will be putting out the disc and they’re pretty much my favourite label at the moment, but I can’t tell you why just yet.

Until a few days ago, this was the only version of “Face To Face On High Places” by School Of Seven Bells I knew of.  When their 2008 album “Alpinisms” came out, it immediately grabbed my ears, earning a spot on my best albums of 2008 list.  The record had a bunch of standout songs, including the popular singles “Conjurr”, “Chain” and “Half Asleep” but now looking back (and in my opinion), “Face To Face On High Places” stands higher than the rest.

Start with a driving eastern-influenced sampled beat, add the heavenly vocals of Alejandra and Claudia Deheza and have the song build with drones, walls of atmospherics and backing harmonies.  Ever see that guy on the subway with his headphones on, shaking his head to the beat with his eyes closed?  If its me, this is the song I’ve got on.

Like I mentioned above, I had no idea that this version of the song is actually reworked from the version that appeared on an earlier EP with the same name.  The original features a crazier beat and feels a little less full from the album version.  It’s also almost a 9 minute song with a huge jam tacked on to the end.  Worth many listens, but I still like my version better.

Check out Phantogram‘s remix of SVIIB‘s “ILU” and you can download the song in exchange for your e-mail here. The remix is part of SVIIB‘s “Heart Is Strange” digital EP coming out on Sept 14, with other remixes by Pantha du Prince and White Sea (who we’re looking forward to writing about soon, she’s Morgan Kibby of M83).

School of Seven Bells – I L U (Phantogram Remix) by VagrantRecords 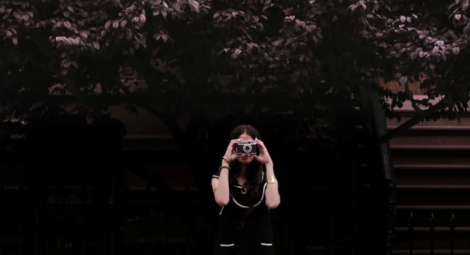 ‘Windstorm’ by School Of Seven Bells. Grab the track here.