Something quite amazing has happened here since Oct ’08, when this Scottish four-piece had performed to an enthusiastic half full crowd at Lees Palace. Either word really got around about how awesome that show was, or it was just a matter of time before people realized just how good this band is. On wednesday night, they sold out The Horseshoe Tavern.

They performed just about every song of The Midnight Organ Fight, with a bunch of songs from their earlier effort Sings The Greys. Their stage presence was captivating. The audience sung along to everything, including backing vocals to Scott Hutchison’s acoustic version of Poke during the first song of the encore. They ended the encore with fan favorite Keep Yourself Warm, which guitarist David Kennedy told me was the song indie kids ‘loved to hate’ since licensing the song to an episode of Chuck. And for once, I wasn’t the guy in the audience who was yelling out ‘Music Now!’ inbetween songs to get that song heard. It was a completely different group of fans. And the song was already on the setlist. In fact, there were no new songs in there. The band decided they’d like to save the new stuff for a later time.

Apparently the new record has been recorded, to be mixed in the coming weeks. We’ll have to wait a while for the record though, its schedule to come out in March of ’10. After finishing a whack of US dates this summer, they’ll be hopefully on a headlining European tour.

Looking ahead to when we’ll see them in Toronto next, it’ll probably be sometime next year and I’m betting they’ll sell out the Phoenix. Just a guess based on how things are going.

Music Now (from Sings The Greys) 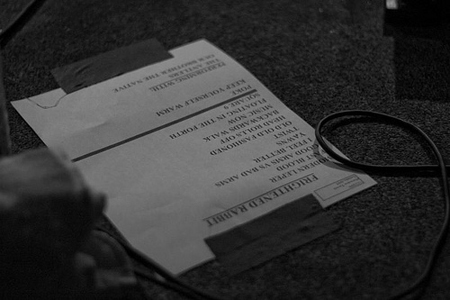 (more of Jackman’s photos from the show here). 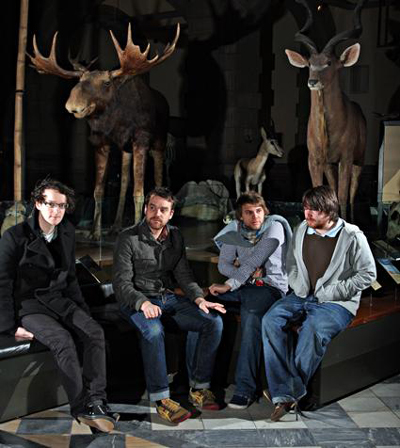 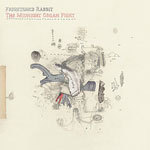