Finally getting to this e-mail that’s been sitting in my inbox for a couple days now. A press release on Lawrence, Kansas artist DRI (from Adrianne Verhoeven). I had not heard her before I got the e-mail, but I took a quick listen and loved her voice.

But I didn’t have the words to write anything.

She’s no stanger to the music scene, having lent her vocals and keyboards to bands like The Anniversary, Art in Manila and Fourth Of July. Her debut album is all Adrianne, soulful electronic pop that could have gone off in any direction. She’s worked with multiple producers (soul/funk deejay Josh Powers, hip-hop producer and emcee Nezbeat, electronic composer 1,000,000 Light Years and protools-stylist SayMyName) in a way to capture her ability to sound comfortable in a variety of different styles.

I’ve had it on all morning. So far, Two Are One‘s Beach House sound has put a spell on me. That’s the video above and the lead-off song on DRI‘s debut album Smoke Rings.

Head to Daytrotter to hear more. Catch her on the road opening for Conor Oberst and Handsome Furs on their respective tours for some dates in July and August respectively. 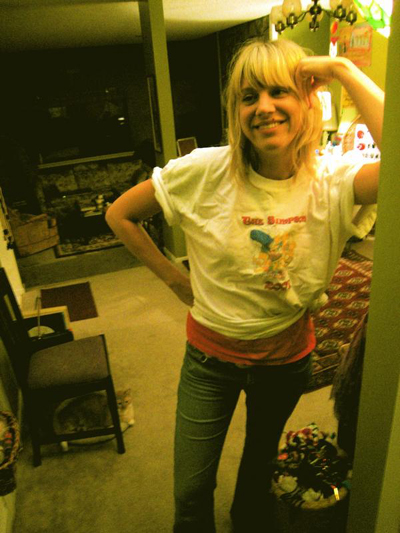