You ever won one of those ballots you sometimes fill out at bars or restaurants? Me neither. Until yesterday.

I got the call yesterday from a Toronto pub (The Rose and Crown) that I had won a surf board from a Fosters promotion. This is also my ticket into a party on wednesday where they are going to draw one lucky winner, from a handful of surf board winners I assume, to win a trip to San Diego… or something like that… I wasn’t paying much attention on the phone. But, if you could just cross your fingers for me until thursday morning, I’d be grateful and will continue to find some good music out there.

I heard this great tune tonight that I’ve got to get out there. Its a remix and surfaced on pitchfork a little while back. The original song is called Taken Too Young by Taken By Trees, a solo effort from Victoria Bergsman former lead singer of the Concretes. The remix was done by a Swedish duo called The Tough Alliance (TTA), two childhood friends (Henning Furst and Eric Berglund) who along with remixing and writing music, run the label called Sincerely Yours.

Here’s Taken Too Young by Taken By Trees (TTA remix) (zip file). Is that lion king backing vocals in there? 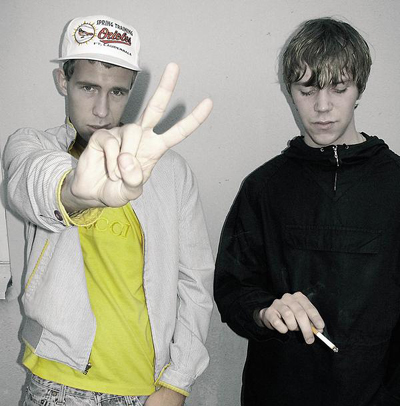