I’m a little late on getting the word out on this one, but If you’re looking for the best lineup in and around Toronto this weekend, check out the Brampton Indie Arts Festival.

Feb. 14th-17th, Rose Theatre (Brampton). In its eight year the festival has put together the best lineup yet with names like Final Fantasy, Meligrove Band, Ohbijou, Jon Rae & The River, Patrick Watson, The Acorn, Uncut, Diableros, The Postage Stamps. Check the schedule here.

Looks like they also be putting together a compilation cd in the coming year courtesy of Sunday League Records.

A couple words with The Acorn

Rolf Klausener from The Acorn took some time to answer some questions for me.

Chris >> Where does the name The Acorn come from?

Rolf >> The name is derived from my first solo project I started in 2002 called “Drei Eichel Musik” (german for “Three Acorns Music”). The three acorns are a throwback to my Swiss heritage. Before he passed away, my Father passed along our family’s history which was compiled in an old, cracked leather bound book by my Great Uncle George. The Klausener family dates back to about the 1490’s, and the family’s shield appeared sometime in the early 19th century and features three acorns on a green shield. (i used a hand-drawn facsimile on the cover of my first solo release, a xmas ep out on kelp records – Kp 030| Drei Eichel Musik | A Klausener Xmas).

Rolf >> First off, I would never claim that Ottawa’s music community has a center, nor a sound as the scene is quite diverse, and spans a lot of genres. For it’s population, the city has a lot of folk and punk acts. Indie rock, experimental music and the avant garde are definitely on the margins here. The overall population in Ottawa is older than say Toronto or Montreal, so you don’t have the sense that people are that interested in trying to push boundaries; artistically, it can be a little deflating at times. But for all the city’s conservative leanings and national capital regalia, it’s still a nurturing scene.

Audiences are smaller for the left-of-center sub-genres, but they’re there. I don’t think it’d be totally inaccurate to call it a true underground scene. House shows are really prevalent and at the heart of the city’s scene.
A lot of the city’s best bands (The HiLoTrons, Fiftymen, The Flaps, Empiricals, Sleeping Pilot, Quebexico, Soft Diaster…) are not known far beyond our borders, yet are on par or surpass anything in the country.

Over the years there have been a handful of artistically and/or commercially successful exports (FurnaceFace, Kepler, The Wooden Stars, Snailhouse, Jim Bryson, Kathleen Edwards), but Ottawa has never been touted as a “hot” scene per se. So, keeping with Ottawa’s long-standing tradition of scathing self-deprecation and overarching modesty (and apparently painful self-awareness), I don’t see Ottawa breaking out of the gates any time soon.

Chris >> Noticed that Tin Fist has been self released. How has it been so far handling the release and what made you make that decision?

Rolf >> I’ve been involved with Ottawa’s Kelp Records for over 7 years now, and have helped promote a number of albums along the way. Kelp has never had money, or grandiose National repute, but its been a great melting pot for some of Ottawa’s most talented and creative artists. After 7 years, and paying for, self-promoting, and marketing our last 2 releases on Kelp, I thought it might be interesting to do the exact same thing, but not put the Kelp label on the album and just see what happens.
So far, we’ve had a handful of larger Canadian indies approach us, but we haven’t made any decisions thus far. It’s exciting to have people outside your world take notice of your work, but being in this label game for so long, we’re not in any rush to latch onto anything yet. We’ve sold a healthy number of discs on our own, and want to make sure that whatever label takes us on will provide us with the logistical resources we haven’t previously had access to. It sounds cold and calculating, but if Kelp were to acquire the resources to help properly promote and distribute its releases, leaving Kelp wouldn’t really be an option. I’ve always been a card-holding member of the DIY ethic but the fact of the matter is, one or two people can only do so much before the workload becomes insurmountable.
Either way, I’ll still work with Kelp’s founder Jon Bartlett, and likely put out other stuff on the label; but right now, we’re exploring every option available to us…’cause that’s how we roll.

Well put. Take a minute to let some new material off Tin Fist sink in. Check out Brokered Heart and Feral Chile. Amazing.

GO SEE THIS BAND. The music translates beautifully and their stage banter is hilarious. The open for Elliott Brood at Lees Palace this Friday night in Toronto (Dec. 15th). The Acorn are on at 11pm, tickets still available.

New music from the Acorn.

Take a listen to Brokered Heart and Spring Thaw.
Then report back.

More on this later. 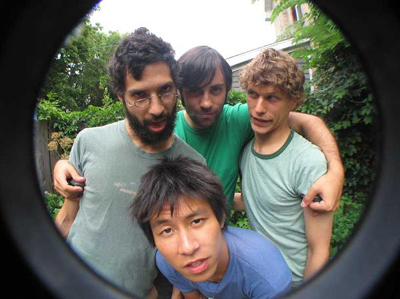 Its a cover (written by Chris Page) called ‘Guilt Trip Fashion‘ and its off a Kelp records compilation called ‘Will The Bytown Be Unbroken’.

Here’s a link to download one of their live shows. Check it out. 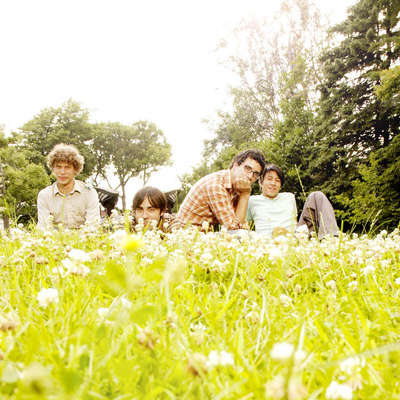 I first heard The Acorn while listening to CBC Radio 3’s podcast.

The song ‘Blankets’ came on (from the bands second effort, an EP called the ‘Blankets!’ EP) and it stuck with me for a couple days. Then as I heard more of their music on their website (or on their label’s site, Kelp Records out of Ottawa), I took that extra step and bought both their discs. Haven’t regretted it yet.

The music is described by the band as ‘intricate acoustic arrangements with euphoric melodies’. Four of their strongest tracks can be found here, I recommend spending some time with the song Darcy. 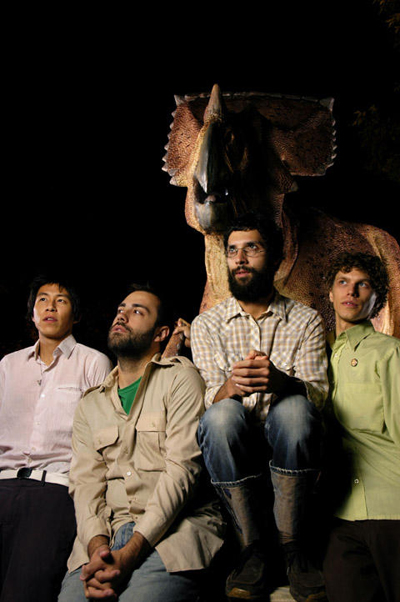 Stay tuned for the ‘South-By’ Report; tall tales from the heart of North America’s most exciting and chaotic music festival SXSW. I ship out today.