‘A Chorus Of A Thousand Dead Baby Angels‘.

Initially, I was having problems trying to figure out whether that is supposed to be a joke or not. Who would know, or rather take a guess at what that might sound like? I’m guessing there would be a crap load of poo, crying, whining and drooling.

What? Dead Baby Angels are like any other baby. Only they have wings and little tiny harps.

Apparently, its a description of the sound made when Tim performs live and uses an instrument he invented sometimes called ‘The Narnia Stick‘. It tracks his voice via an extra microphone and allows him to essentially ‘sing’ string arrangements in a spooky, choral-synth-orchestra tone. This sounds interesting.

Tim Seely used to front The Actual Tigers who put out a record in 2001, apparently it was ‘critically lauded, poorly promoted’. The music he has on his myspace page is solo work from 2005’s Funeral Music. Just even from a couple listens, it hooks deep. Draws in. Somebody calls it ‘a collection of sophisticated space-folk songs for hard-luck lovers’. Man, I wish I could craft lines like that. I’m just really good at cutting and pasting them….

Check out his myspace page. My favorite is ‘On Film I Play Myself‘. ‘Funeral Music‘ doesn’t sound what you might think funeral music should sound like. ‘The Bees At Nite‘ is a bedtime song.

*** MAJOR MISTAKE. I FORGOT TO SHOUT OUT TO REBECCA RIENKS FOR TELLING ME ABOUT TIM. I AM SO SORRY. PLEASE ACCEPT MY DEEPEST APOLOGIES AND SORRY ABOUT YOUR CALENDAR. YOU’LL FORGIVE ME ONE DAY*** 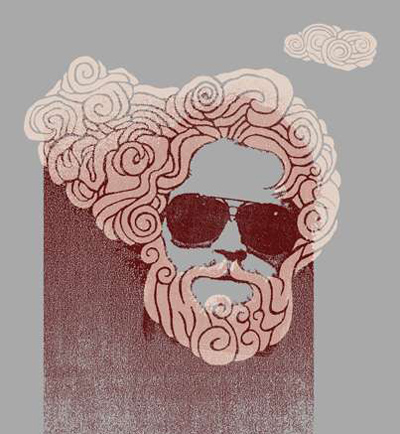 On a completely different note, this song and video has just been brought to my attention. It may be a little old, but still deserves a look.

‘Ringing in my Ear‘ by Adem.