On My Radar: When Saints Go Machine, We Are Augustines, Porcelain Raft 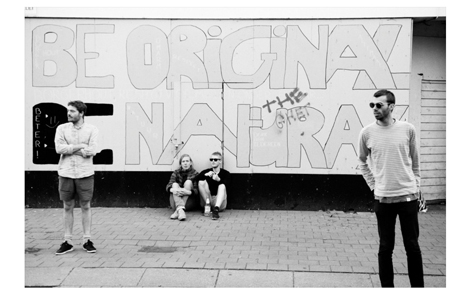 I hate to be so brief, but I’ve let this day get away from me too much.

Just about to dive into the new album Konkylie by When Saints Go Machine, a band I’ve had my ears up since hearing their track “Kelly” hit the interwebs a little while back.

Kelly by When Saints Go Machine

We Are Augustines have announced the release of their debut album Rise Ye Sunken Ships, due in August on their own label Oxcart Records.  The Brooklyn-based band of former by ex-Pela members Billy McCarthy and Eric Sanderson have already been having a lot of luck getting their single “Chapel Club” on radio stations, being the #4 most added at triple A radio in its first week.  “Book of James” is another solid track,  a gripping eulogy for this once-resilient spirit who succumbed to the pressures bearing down on him from both within and without.  One of several songs recorded with producer Dave Newfeld (Broken Social Scene). Listen to the former below and get the latter for free here.

We Are Augustines – Chapel Song by divisionpromotions

Video: ‘There Is A Wind’ by The Album Leaf

There Is A Wind by The Album Leaf. Head to Stereogum to grab the mp3 and read more.

Who feels like something in the vein of Boards of Canada? Or Do Make Say Think? Maybe Sigur Ros?

In my opinion, music with that kind of sound belongs in everyone’s life. Maybe you don’t know it yet, but this could be that soundtrack you are looking for while riding elevators with headphones or day dreaming in class. For me, I toss this kind of stuff on while wandering downtown Toronto sauced after the bars have closed. (I should mention, Sigur Ros’s Takk has an almost perfect record or getting me home in one piece).

Try filling some of those gaps with this soundtrack. The Album Leaf. Named for a Chopin piece, The Album Leaf is the solo-project of Jimmy LaValle, accomplished composer and multi-instrumentalist from San Diego. The project was started in 1998, and a balancing act ensued; releasing more than a handful of records while handling duties touring with ambient post rock band Tristeza, noise punk band The Locust, epic-core group The Black Heart Procession.

The sound of the Album Leaf mixes classical, ambient and post-rock genres to create music that LaValle says is ‘something to keep you happy when you’re alone and frustrated, and sometimes frustrating in itself when it doesnt do exactly what you want (it to). But still something fascinating.’

Sub Pop put out his most recent effort ‘Into The Blue‘ in September. Check out Always For You, a song that I think resembles a collaboration between Zero 7 and The Junior Boys. More new material can be found here.
If you go back a little further, try out Over The Ponds off In A Safe Place. Nice instrumental track, recorded in Sigur Ros’s studio (an empty pool). 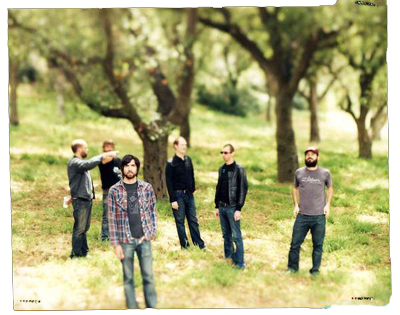