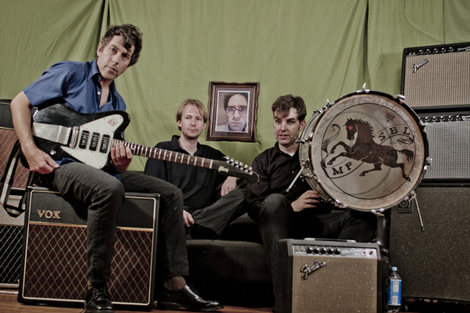 Impossible Hair ‘s members call bothWashington D.C. and Baltimore home, and between them they’ve been bringing back the rock n’roll show, with their catchy songs and energetic live shows. The newest recording effort is this weeks release of Toast A Dozen (On The Outside); a “high-energy, fast-paced affair with fifteen songs flying by in just over thirty minutes”. The album was recorded in analog tape (like many of this bands’ influences) with producerJustin Pizzoferrato (Dinosaur Jr, Sonic Youth) during the blizzard of 2010 in the bands basement.
Check out The High Official.
Wonder if these guys listen to the Who?