Well, I’ve been locked in my apartment for three days now that the cold, grey weather is finally here in Toronto. What better way to get myself up and dancing than some fresh tracks from a Belfast, UK band described by BBC 1’s Huw Stephens as “unsigned sunshine”?

The Jane Bradfords are self described as “just one guy accompanied by his extreme nerdism… until he found 3 superbly talented (and handsome) guys called Dave, Johnny and Ted to play this stuff live”. A recent BBC review of their last show supporting Peter, Bjorn & John states:

“From their home-made t-shirts that affectionately mock the evening?s headliner to their impressive use of sampling that sets them apart from the large number of guitar groups, this is a band on the up, with a few ideas, and a sense of a good time.”

You’ll be sold too when you give these guys a listen here at their myspace page, or when you download the track hide from the cold from BBC Radio 1. 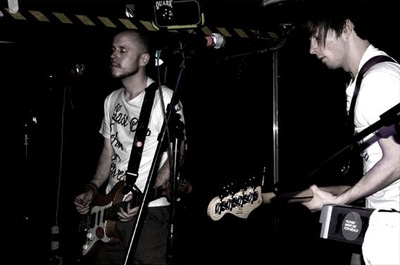