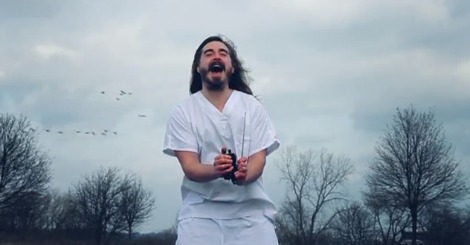 “Who Knows” by The Rest, from the album SEESAW.  Produced and Directed by Lee Skinner.  From the director:

“This video takes advantage of the “rolling shutter” issue in digital cinematography, a problem inherent in all DSLR cameras with CMOS sensors. The progressive scan of each frame of video leads to the distortion of fast-moving objects, or sometimes turns shaky footage to jello. We turned that on its head and presented the effect creatively, as Guitars, cellos, desk fans, and hummingbirds become warped in a surreal way. An entirely in-camera effect with no post-production necessary.”

Video: “Hey! For Horses” by The Rest (NSFWish) 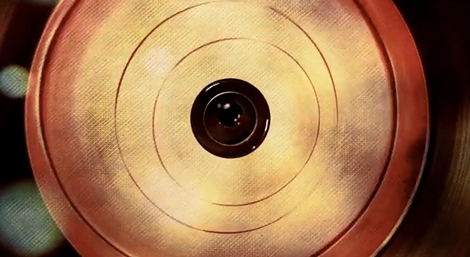 NSFW because there are puppets going at it in this video for “Hey! For Horses” by Hamilton band The Rest. 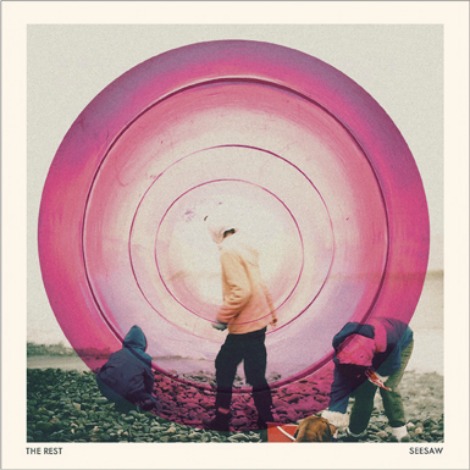 I’m just going to let The Rest tell you what happened.

THE STORY
We started the record under the most heartbreaking circumstances when our friend, and the producer of our first two albums, passed away from a heart attack while playing hockey. We decided to honour him by recording at his converted church studio, in the same manner that we would have if he were there. We couldn’t have been happier with the initial results, and were looking at an April 2011 release date when an unexplainable hard-drive glitch deleted every morsel of sound we had recorded and mixed. Being a month away from completion, we exhausted every possible recovery source, and were almost without hope, until SEESAW eventually found its way to the same company responsible for airplane black box recovery. Almost six months after the process began, we miraculously had our album back. We had other hiccups (like one member disappearing for a week only for us to eventually find him in a hospital…), but I don’t want to write you a novel; mainly we just needed to take the recovered music and keep working.

Wow. Glad we’re getting to hear this.  Below is a few tracks off the upcoming album from The Rest called “Seesaw”, plus the video for “Always On My Mind”.  The band invited a few friends over to their rehearsal space to make a live video of the song with in one continuous take. Lots of singers, some animal costumes (courtesy of the Toronto Santa Clause Parade), a couple chalk illustrators, and a modest helping of beer made the session possible.
My kind of party.

CMW, Where I’m At

Two nights down for Canadian Music week, and two more to go for me. Tonight will probably be a night at Lee’s with hopefully a final destination of Supermarket for Phantogram. But, I’ll have to see where the night takes me.

So far, I’ve managed to catch sets from Sweden’s Hellsongs (which I posted about here), The Wilderness Of Manitoba, Pick A Piper, Family Of The Year, Forest City Lovers, Hooded Fang, The Rest, Little Dragon and Rich Aucoin. So far, Rich’s ability to engage the audience with catchy songs and sing-a-long lyrics has made his show my favorite of the week. He even managed to mix this into his set (which made me think of this).

More details on all this once this weekend is over.

Currently Listening To: Evening Hymns, Perfume Genius, and The Rest

‘No Problem’ by Perfume Genius. Thanks for the tip Yourstru.ly. 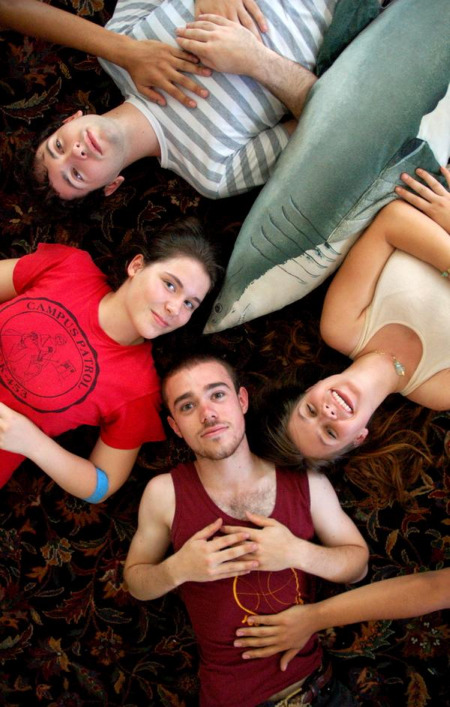 Really digging the song ‘Whats It In For?’ by Avi Buffalo, from Pitchfork. 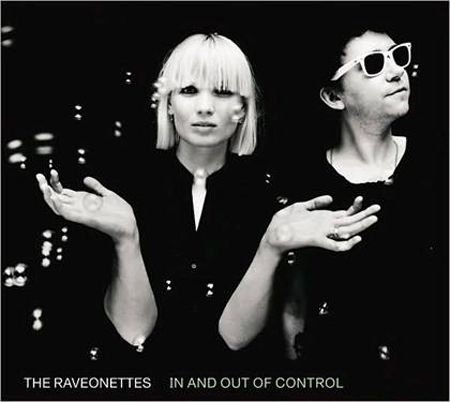 Last month when The Raveonettes released In And Out Of Control, fans were able to buy the record from select indie retailers, receiving an exclusive bonus disc featuring the songs Planes Do Crash and the jittery soda-shop stomp The Chosen One”. We’ve got the latter (The Chosen One) and now fans can buy both at ThinkIndie.com. The band is on their west coast tour, try their twitter for free tickets and myspace for the dates.

The Rest – The Lady Vanishes from The Rest on Vimeo.

Hamilton’s The Rest have put together a their first music video for The Lady Vanishes, using the Alfred Hitchcock film of the same name as the source material. Catch them at their Fall Ball at the Polish Combatants Hall this Saturday the 7th in Toronto.

oh, and also, for Feist fans. She’s doing a free show tonight at Bay and Bloor in Toronto for Holt Renfrew’s window unveiling. Free. 7pm. (according to twitter).