the so so glos

Video: “Fred Astaire” by The So So Glos 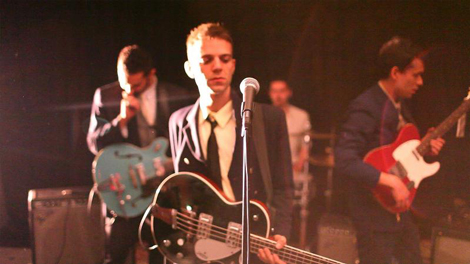 “Fred Astaire” by The So So Glos. The video, directed by Matthew Greeley, sees the band in full suits in ties, as well as a dancer portraying Fred Astaire, dancing and spinning through New York City in full tuxedo and top hat.

“Fred Astaire” – The So So Glos from Matthew Greeley on Vimeo.

More from The So So Glos, “Fred Astaire” 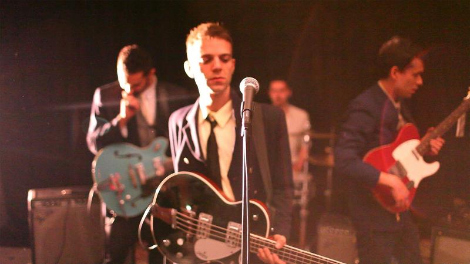 Another track for you to check out from NYC’s The So So Glos. Their EP (Low Back Chain Shift) is out now, catch them on the road or at CMJ. We’ll get their video for ‘Fred Astaire’ up here as soon as we discover it.

The So So Glo’s

Thanks Matthew for the heads up about the band you manage and your brothers.

Check out the So So Glo’s from Brooklyn. You won’t find much on the net about these guys just yet. There’s a myspace page, where you’ll see pictures of three brothers who play in this band.? There was a fourth who used to play guitar, until he quit and was replaced by Yolli Lyons. From what I can gather (from some words by Alex on the site) the band name is a way of describing the mediocrity of our existence.

“We stand for nothing, care about nothing, talk a lot, and do nothing. Apocalyptic beings waiting for the end, and exploiting whats left while we are still here. Making sure we look good as the world crumbles in devastation. I am as dim as the lights from the city, just a fucking SO SO GLO. Just as you are. CHANGE SOMETHING”

Take a listen to ‘Low’ on their myspace page. A great rock song which musically uplifts; even though ‘Everyone gets low sometimes’. New Album in 2007.

My favorite track is Black and Blue [audio:BlackandBlue.mp3].

Love the sound of the lead singers’ vocals.